Over an average of 6 weeks, players who played at least once per week, improved their numeracy by 27%

Those who pushed themselves hardest improved the most

"The children appeared to enjoy playing against and beating their parents, when it was clear their parents were really trying. It was as if the children actually wanted to see their parents struggle so they felt they were all in the same boat together and it was a real contest. The risk of defeat or simply the enjoyment of personal challenge made some of the adults, especially competitive dads, push themselves harder which in turn meant the children had to try even harder to win. It quickly became clear that the more the parents pushed, the more the children tried to follow.

This effect is only possible with a game like PLYT because other educational games are aimed at one level of ability which requires parents to dumb down." 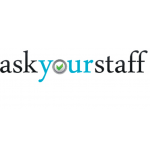 PLYT received a net promoter score (NPS) of +22% in terms of recommending to friends (anything over 0 is generally considered good) – to schools PLYT has a NPS 80%.

PLYT also had a number of other benefits, the most common of which was making families spend more time together and in some cases rediscovering the joys of board games.   Children enjoyed the opportunity to sit down with the parents and participate in a family game – children mentioned that the flexibility of the game allowed them to compete and beat their parents.
Other advantages were that it improved concentration – this was a big help to one lady who was recovering from a stroke – and to children who remained engaged in the game even when it wasn’t their turn