A Bit More About How And Why PLYT Games Was Created

Hi, we’re Ian and Lisa and back in 2008, our 2 children were in the early years of primary school starting to learn maths and basic numeracy.   Every so often they’d come home with a puzzle or maths game designed to help them learn and we’d sit and play it with them.  Unfortunately, it was normally a game of pure luck, or the best player would win and everyone had to dumb down to the lowest level.  We liked the idea of learning maths through play and we loved board games so we tried to find a game that we could all play together where we were all challenged and yet all had the same chance of winning.

Sadly we couldn’t find one … so we developed our own. A couple of laminated sheets and a few components later, PLYT was born! As for the name – it was a family vote and PLYT was the winner.

Can you guess what PLYT stands for? *

We never thought of it as an educational maths game – just a great way to spend some time together.  Even better, the more we played, the better we got.  Everyone’s confidence with numbers grew quickly, especially the children, and we learnt simple techniques to work out the answers

Co-incidentally, in August of the same year, whilst enjoying a weekend break in the Lake District, Ian was bitten by a tick and became very ill. Unfortunately we didn’t know anything about ticks at the time and it wasn’t until June 2009 he was eventually diagnosed with Lyme disease. Despite various courses of treatment over the years, Ian was forced to take time off work, mid 2012, in an attempt to make a full recovery. The anticipated 3-6 month absence turned into over 2 years but fortunately, he’s made great progress and is hoping for a full recovery. (If you would like to know more about Lyme Disease please visit the Lyme site here.  And if you are unlucky enough to be bitten by a tick – seek medical advice immediately –  don’t suffer alone and in silence)
During that forced absence, Ian needed something to keep him occupied and as we still enjoyed playing PLYT he pulled together a few prototypes of the game to take into the local school. 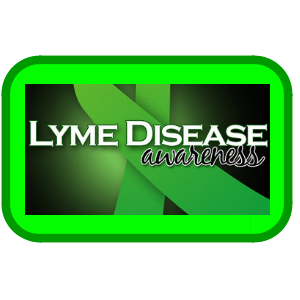 "Everyone in the School should have a copy of this game"

The feedback we received from trialling the games at local schools was amazing and for the first time we seriously thought about launching PLYT. We had pupils and teachers asking where they could buy it and one Head teacher adding that “everyone in the school should have a copy of this game”. When we first designed the game, we had no idea or intention of it ever being launched, but as we’d benefited so much from playing we hoped others might also get something out of playing it too.
Fortunately, Ian was just about well enough to return to work in 2015 – the Company he worked for was brilliant and found him a role to return to – but it didn’t take long for him to realise his life and priorities had changed.  He’d swapped the board room for board games with children and going back again wasn’t the same – he felt we could make a bigger difference helping children.  Up until that point, PLYT had been something of a side-line but we realised we needed to take it more seriously – we needed more than just a single product and we needed to be different.

So we decided to produce three products but instead of the typical single game products that often end up stuffed away in the cupboard for years, we wanted to create game platforms.  A single product with lots of different games to play and we’ll keep on developing new games for them – hopefully there’s something for everyone and a good reason to keep on playing.

In 2017 we released the NumBugz platform and in 2018 we released the Whotchilli platform – we now have 3 platforms with over 25 games to play.  It’s a fairly new approach but we hope it catches on because it’s such great value for money – and one day we even hope our customers will come up with their own new games that we can share with our community.

Plenty of choice with our PLYT Game Platforms

Offering plenty of reasons to play & great value for money

With the game platforms in place, we were then able to launch PLYTIME – a tutoring service that helps children improve maths by playing games.  We appreciate it can be difficult for parents and teachers to know the best games to buy and to have time to learn all the rules and understand how to encourage the children to improve – so we created a service that could do it for them. Set up in 2018, it’s been a great success and we were thrilled when National Numeracy recommended PLYTIME on their website. We are now in the process of taking PLYTIME online to help as many children as possible be their best.  Our mission is to be the most effective tutoring solution at the lowest possible cost.

The third element of business was inspired by Ian’s experiences with Lyme disease and the NumBugz games.  In an attempt to inspire children to look at the world around them differently he created the Lollopers series, a children’s fantasy adventure for 8-12 year olds.  The Eternal Cycle, released at the end of 2018, tells the amazing adventures of ten year old twins, Sam and Olivia who together with best friends, Charlie and Natalie discover a magical world that exists under their feet in Table Top Park.  The second book, The Spiral Staircase (to be released in 2019) follows their adventures to London and the scene of one of the most devastating events in the city’s history.  We hope the Lollopers and help them realise it really is the smallest things that make the biggest difference

Interestingly, the subtitle to the Lollopers series is “it’s the smallest things that make the biggest difference” and in Ian and Lisa’s case if Ian hadn’t been bitten by a tiny little tick none of this would have happened. 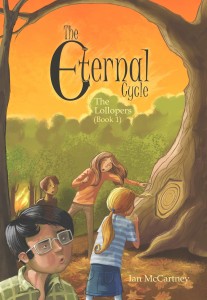 We hope you enjoy PLYT Games and if you have any comments, please feel free to contact us.     And if you see references to Lyme on the site, now you know why.